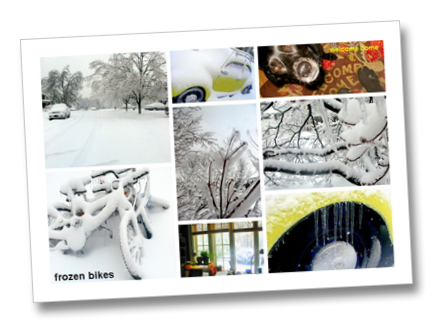 today was a ‘snow day’. and i use the term loosely. oh, it snowed alright. i think an entire inch. being a born & bred new englander, transplanted here in kentucky, i’m always highly amused by the weather reports and the weathermen in their parkas rambling on about all the snow. it usually never happens, and i want to yell to them all to try out a maine winter and htfu.

well, it actually happened this time. all one inch of it. school was cancelled, and there were the requisite panicked trips to the market (guilty as charged, only my trip wasn’t a panicked one, i really did need milk) - the whole nine yards. snow days are fun and we were looking forward to sledding and even taking out the ‘cross bikes for a little ride around the neighborhood parks, but that was before i looked out the window at the steady, persistent sleet falling from the sky encasing what little snow actually stuck around under a sheet of ice. we got gypped out of the fun of a snow day, and it all meant i had another day on the trainer.

two hours on the trainer. the kids are home cause of that ‘snow day’ thing -  and steven is home cause he works from home so with all of us home it just feels like the weekend. the house is cozy, a fire is burning and i’m getting all sorts of stuff done. press releases are being, well – released. media kits are coming together, crafty things are being made. there’s a whole lotta stuff getting done -just not my trainer time. i open the fridge to make the girls lunch and see all the beer i just bought. i mean, if you’re gonna be snowed in; you better have beer. and wine. and, um, bourbon too. just in case. i’m just sayin’.

so anyhow – i open the fridge and the beer is staring right at me, and it’s not even anywhere near beer-thirty or anything, but it looks really good. and it makes me think i want wine. damn those two hours on the trainer. my house is cozy! there’s a fire burning!

before i get on the trainer, i call a teammate to chat and to see what she’s doing. and mostly this just served as procrastinating the whole trainer thing. she was making lunch and really wanted some of the wine sitting on her kitchen table, but had to ride first. and this is why we get along so well.

it’s nearing two o’clock and i think if i want the wine, i better get out of my pj’s and onto the damn trainer & earn it. plus, it really just needs to be later in the day for it to be ok. i plug into my tunes, put the bike onto the trainer and let the kids know that i’m not doing a field test - this is just a regular gig.

the kids have bad memories of my first solo field test when whatever dawn of the living dead noises that were emanating from the room prompted many “mommy are you ok?” trips into the bike room to check on me. they look so concerned every time i get on the trainer now that i just preempt it with a “don’t worry kids, i’m not doing a field test”. they all breathe a sigh of relief that mommy will live to see another day.

so i get on the trainer. and i watch the sleet fall. and i take pictures. and listen to my tunes. and check email and facebook and watch the clock and do some sprinty, mashy things cause i’m totally making up the workout that can’t be done on the road cause it’s all sleety and icy. and then i’m done. 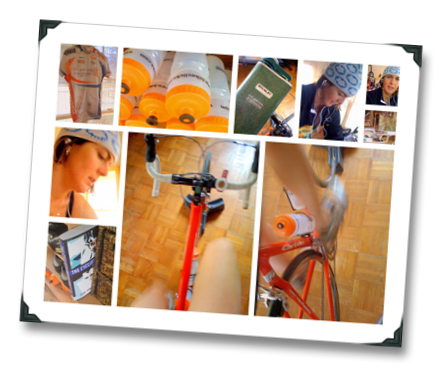 it’s another ‘snow day’ tomorrow. evidently, we’re getting another whole inch and some ice to top it off. i’ve got an hour and a half on the trainer and i need to update my tunes.

we totally got gypped of any sort of respectable, snowy winter, so i’m just ready for spring. and outdoor rides. 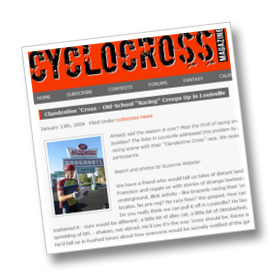 i love writing, and i have been doing a lot of it lately. i've been writing articles, press releases, sponsor newsletters and website copy. it's the reason i haven't been writing much here lately.

but, some of my writing here has been tweaked and expanded a bit and is now featured somewhere other than here. somewhere way cooler. which is enormously exciting. so this post is just to shamelessly toot my own horn and tell y'all to go read the same thing that you may have once read here, over there. cause it's a new and improved, expanded edition. complete with interview with our good friend who started all the madness that prompted the first post in the first place.

i was practically weaned on pb & j's. i can vividly remember my mother's exasperation when asked what i wanted to eat; the response was always the same: pb & j. there was even one thanksgiving, i think i was 6 -where i looked with disdain at all the usual festive trimmings on my plate, and i think without even saying a word, my mom got up and made me a peanut butter & jelly sandwich.

i have broadened my food repertoire since then, but still love a good pb & j - its gotta be on some nice soft bread (none of that healthy shit), and have valleys and mountains of peter pan peanut butter, and a scant bit of welch's grape jelly. i thought i was gonna die when they took my beloved peter pan of the shelves for a while last year. i remember getting up the next morning to hear about the recall on the news - they read the numbers of the eboli or salmonella or rabies or whatever it was- infected jars and i looked at my brand new jar of peanut butter with big scoop taken out, and sure enough, it was one of the bad ones. natch. the peter pan incident of 2007 coupled with the sugar purge of late fall, meant i had to find another, healthier brand. but every now & then, nothing tastes quite like peter pan & i did a little happy jig inside when i saw it return to the grocery shelves.

anyhow. i digress. this post isn't about peanut butter and jellies as a sandwich. it's about our team base mile training rides - dubbed "the pb & j's" cause they're so long you need to bring a sandwich. whether or not its' actually a pb & j is entirely a personal choice.

i joined the team last year in april - well into the spring racing season and long after the pb & j's had ended. i always felt like i had a good base under me from marathon training, but once we got further into the season & i saw the difference in the other girls who had those pb & j rides under their belts; well, they were, um - faster and fitter and better. and of course i wanted to be them. so i couldn't wait to get on these rides once they came around again. couldn't wait to get those proverbial base miles under me. those rides that would give me the whole, iambikerchickhearmeroareatmydust thing.

well, they're here and i really should be careful what i wish for.

yesterday was the first pb & j ride. in a nutshell? lets see. how to explain? they suck. they are hard. a lotta fast and hard. and there's no one nearby to hear me roar, nor is there anyone behind me to eat my dust.

i dressed perfectly for the not at all so bad 43 degrees. there would be no hypothermia, nor, after the ambulance incident of 2007, would there be any bonking. i did not bring an actual sandwich, but i did have all manner of real food - bananas, clementines, trail mix - the usual suspects - really, i had everything but the kitchen sink in my jersey pockets. so. i was comfortable & well fueled. no excuses, right?

that, plus some very simple directions from coach: sit in and try to avoid zone 5.

so we're at the park, doing pre-ride pees and stuff. and then the ride leader says let's roll. and i am facing the wrong direction, cause, ya know - we were all just hanging out in the parking lot after peeing, doing a nice little chatty thing. but he says lets roll and everyone goes. and i'm still trying to get my gloves on and so i turn around and try to get them on while rolling and within the first mile, and i swear, we are doing 24 mph and i am pegged at zone 5 within first 3 miles. and i'm off the back. there's no sitting in back there.

the ride was 3 hours with 3 climbs. i glanced at my heartrate on the first climb and since i had never, ever seen it that high, i just stopped looking at it after that. there was no 'sitting in'. there was me - hanging on for dear life at the back of the very fast, 28 person pack.

the hills were tough as hell and i desperately wanted to clip out and walk the first one, but the torture of the hill was far preferable over the ridicule from walking. so i kept going. the middle hill was miserable, but i did that one too and the last hill was dare i say ever so slightly enjoyable - the banana i had just prior to climbing it gave me a nice little second wind such that i could actually go from 3 mph to a lung busting 7 mph midway up and get to the top feeling better than i had at the bottom -when i wanted to cry and turn around.

so, except for the white knuckle insanely steep descents, where i got dropped so far off the back - which was fine, really - it meant i could wear my brake pads down in solitary peace; i did indeed successfully hang on for dear life and make it to the end of the ride.